When I went outside yesterday, I found the little trolls acting rather strangely. They were looking up at the sky and then as quickly as they could, gathering up leaves and covering the flowers they had uncovered a few days before. I wondered what it meant until this morning when I woke and found snow covering the ground. This is really the first snowfall we have had and the trolls obviously knew it was coming. I think they can smell it in the air.

I went out later this morning and caught them playing in it. They work hard in the garden but they certainly like to have fun as well! 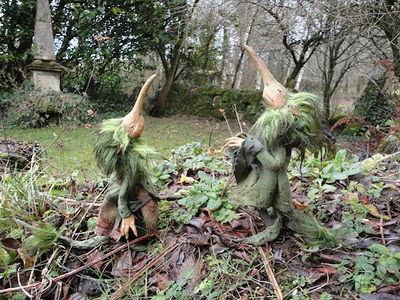 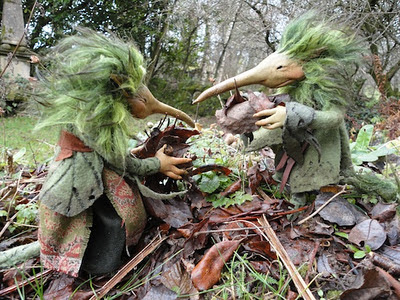 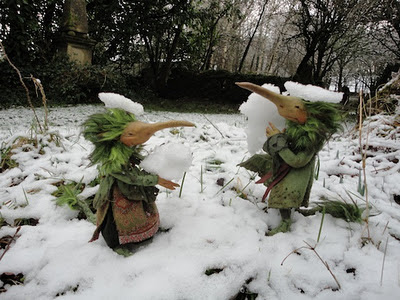 As we come to the end of January it feels as though the heavy cloud of “what ever it was” is lifting. Maybe it’s because the days are really beginning to get longer and the light feels and looks different as well. The birds definitely think it’s Spring. Anyway … what ever it was isn’t as bad any more. Thank goodness! I should remember from year to year though. It always feels like this in January whether we’re snowed in or not.

I just ventured out into the garden and found these two small trolls busily at work, helping the spring flowers to shed their layers of dead leaves. I followed them for a few minutes as they went about their business. They seem to take great pleasure in what they do. They may be a bit like groundhogs. When they come out to help the flowers, then spring has truly come. Having said that, it will probably snow tomorrow! I don’t know if they have to see their shadows or not. They might have seen them today since it’s quite beautiful and sunny. 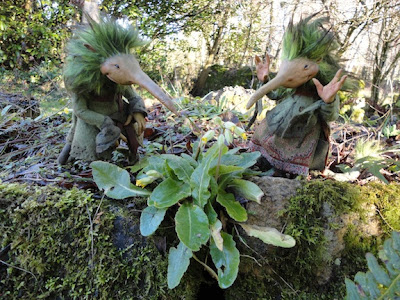 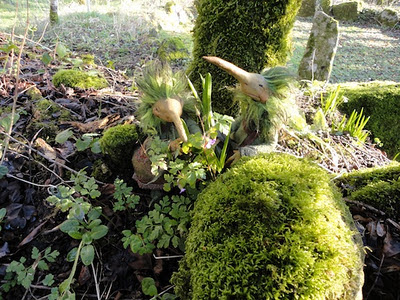 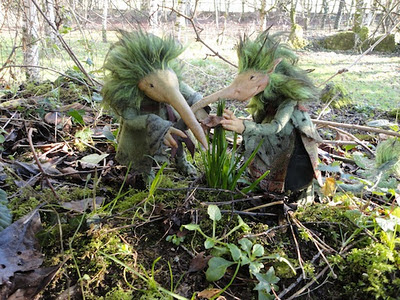 I wish I had more to write about this week. It’s not often when it seems that nothing in particular has happened but this week there isn’t anything terribly exciting to report. It must be the January doldrums.

The weather has skipped January altogether and decided to step right into the end of February. I’m not complaining. It’s lovely to be able to see flowers everywhere - but it’s a bit weird, just waiting for winter to remember that it hasn’t finished its time here yet.

I’m having the problem that I would guess, all creative people have occasionally - that is, just not wanting to DO anything. I don’t want to sculpt -I don’t want to write. What I really want to do is sit in front of the TV and eat chocolate but there isn’t anything I want to watch on either. See? - doldrums. Until they pass, I’m just going to read murder mysteries and drink tea.

They will pass. I’ve promised myself that I’ll start working again next week, so I only have two more days to be grumpy and aimless. I think I can manage that. My studio is covered I drifts of things I haven’t put away yet -new clay, new paints and new brushes -all ready for the start of new projects. And I DO have new projects to be getting on with. Brian and I are both going to be busy next month, mostly in Exeter and Plymouth, doing things with Animated Exeter and the Peninsula Arts group. We are excited about that and I’ll tell you more in my next (exciting) post.

We did take a walk today and I looked for interesting things to photograph but even our wonderful landscape didn’t inspire. The sheep looked sinister and there were flocks of birds around that just heckled from the trees. No ponies or highland cattle. Terrible really.

I think the faeries are all still away doing something else. Or, more likely, I’m just not in the right mood to communicate with them.

Anyway - here are some four thousand year old ruins for you that we saw today - from the time of the “Beaker People”, and a really interesting tree and wall - sigh. I’ll have more next time, I promise! 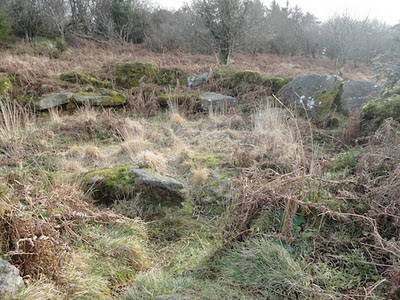 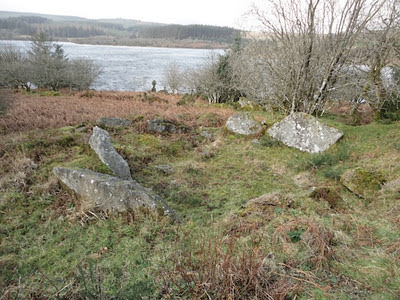 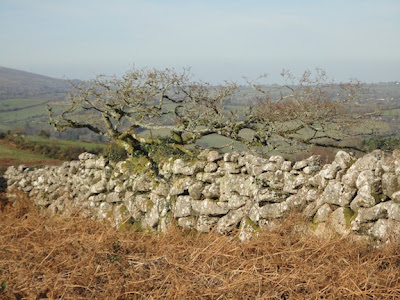 We begin this new year full of great expectations. We’ve decided that we are going to embrace what ever comes our way with open hearts and minds. There is much wonder to be experienced and much joy to spread as far as we can.

Toby, Sarah, Brian and I sat in our house on New Years Eve and thought about all of the new years we’ve shared there and all of the new years that the house has been witness to in the hundreds of years it stood and sheltered people before we arrived. The room seemed absolutely full of the spirits of the past and who knows -perhaps the future as well, both human and otherworldly, and we celebrated with them all. Our hope is that this house will continue to stand and be witness to many, many more years and hopefully centuries of people sharing and loving as we do -allowing this world and the Otherworld to co-exist happily and without too much mischief!

Happy New Year to you all.

This is a photo of the garland above the fireplace in our living room. 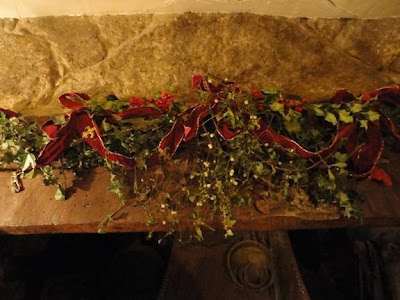 This is the traditional game of Monopoly ( Sarah won by a HUGE margin) and this is a New Years creature that we found enjoying the sunshine in the garden today. 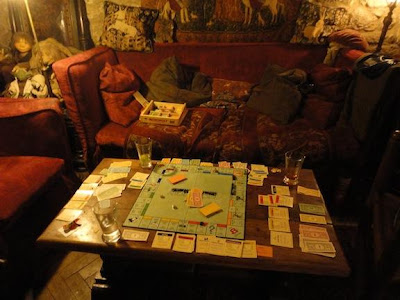 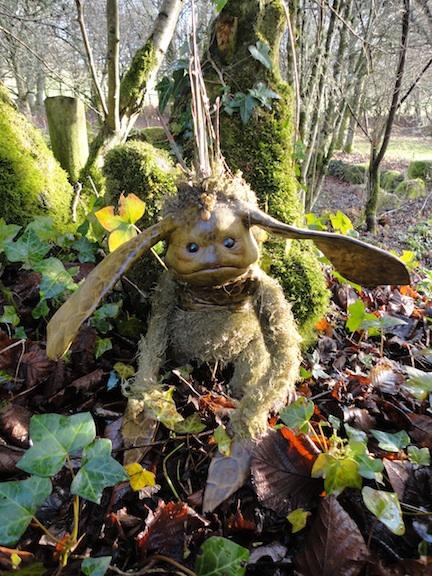 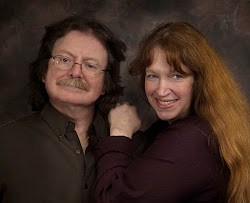